Home Articles China Has $400 Billion At Stake In Iran Oil 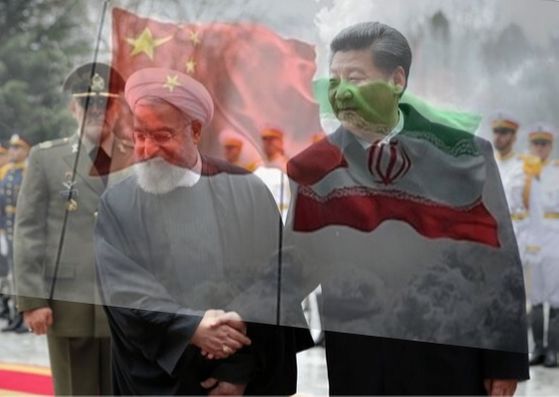 The one country that may face the biggest headwind as Saudi Arabia and Iran engage in a moment about who sent drones to bomb an oil field is China. Oil prices are up 10.2% to $60.46 per barrel on Monday. But that’s not the problem. China has a lot at stake in Iran oil and gas. It would not be surprising if Washington figured out a way to make it that much harder for China to get that oil out of Iran, including sanctions of third-party lenders in the Iran-China oil trade.

It’s not that the U.S. is going to blame China for a drone attack over the weekend. They are blaming Iran. Iran is denying and blaming the anti-Saudi Houthi’s in Yemen.
But Washington could get tougher on Iranian oil by fining companies that finance oil purchases. Yes, China will work around it. Still, it’s another risk on the geopolitical risk wheel-of-fortune that keeps landing on bankrupt for China.
As a senior Chinese official put it recently, China and Iran are “comprehensive strategic partners” when it comes to energy.

China recently agreed to invest some $400 billion in Iran’s oil and gas, petrochemicals, transport and energy-related manufacturing sectors over the next 25 years. This adds substance to the much reported China–Iranian investment deals signed in 2016. Now we know what is at stake for Chinese money there.

Earlier this month, Petroleum Economist magazine noted that Iran’s Foreign Minister Mohammad Javad Zarif inked the multibillion-dollar China deal during a visit to Beijing in August. China has the money. Iran has the goods. While China could not talk the Russians down in price for their oil and gas, the Chinese got a reported guarantee of 12% off benchmark crude and liquefied natural gas prices.
To skirt U.S. sanctions, Iran will price its oil in renminbi as well as “other currencies”namely those China has accumulated through commercial trade with Asia, Africa and ex-Soviet republics.

In return, China will send 5,000 “security personnel” to protect Chinese projects in Iran. Meaning, if President Trump is seriously “lock and loaded” to strike Iran, and if one of those targets was an Iranian oil field in revenge for Washington’s Saudi ally, it might be setting a Chinese investment on fire.

It’s likely Iran would have preferred to get funding from their European buyers, especially those who agreed to Iran’s 2015 nuclear pact. But Tehran has many times signaled its impatience with the likes of France, Britain, and Germany, and so China was their best financial solution.

It’s not clear if French President Emmanuel Macron’s offer of a $15 billion financial aid package, announced not surprisingly just as Zarif was in Beijing, is still on the table following the drone attack.

Whether or not Iran launched the drones is meaningless. Washington says they did. France will either fall in line, get shamed for financing Iran to the tune of billions or watch as its private sector companies face the threat of sanctions-related fines.
French bank BNP Paribas was fined around $9 billion for breaching Iran sanctions a few years back.

French energy giant Total has around $5 billion invested in Iran and has been on pause since Trump reinstituted sanctions in 2018.
Is Iran now stuck in the crosshairs between what is now looking more like an economic war between China and the U.S.?

At the G7 session in Biarritz last month, President Trump was lobbied hard enough by France and Germany that he said he might relax his “maximum pressure” campaign against Iran. It was Trump who said the U.S. and Europe could conceivably extend an emergency line of credit to keep the Iranian economy in growth mode, secured by Iranian oil. Macron’s offer followed shortly after.

China’s been spending a lot of capital in commodity-producing nations over the years. But a lot of it is short on substance.
So far, the only formal notice of a specific project the two sides have agreed upon comes from Iran’s Vice President Eshaq Jahangiri, who said China will electrify a roughly 450 mile railroad in northeastern Iran.

China had smaller, but similar single-minded investments in another OPEC nation not too long ago: Venezuela. To date, China is receiving PdVSA crude oil shipments instead of cash payments for its loans. China hasn’t made any new investments in Venezuelan oil since around late 2017. For the most part, that’s been a dead money investment.
The threat of tighter sanctions on Iran could scare China away from committing to its bigger Iranian investments for now, giving Washington the opportunity to keep “maximum pressure” on Tehran.
For the markets, the drone attack on Saudi Arabia’s main oil facility is estimated to have taken some 5.7 million barrels a day, or 5% of global supply, offline.
Oil markets initially reacted by lifting Brent crude prices from $61 to over $70 before settling back to around $65.

“The situation is fluid and many unanswered questions remain,” says Rob Subbaraman, head of global macro research for Nomura Securities.
On one hand, OPEC and Russia have some room to increase supply, and Trump said Monday he would open the spigot on U.S. inventories to fill the void for now.
If this is a one-off disruption, oil prices could return to where they were last week, in the high $50s.

But, says Subbaraman, if there is strong retaliation from the Saudis or the U.S., or if there are more drone attacks, then the situation could spiral out of control. “In the worst case, it could escalate into a full-blown crisis in the Middle East and lead to larger and more permanent oil supply declines. Oil prices could surge above a hundred,” he says.

Total OPEC spare production capacity stood at 2.2 million barrels per day in the second quarter, according to the U.S. Energy Information Agency, almost all of which was likely held by Saudi Arabia. The MSCI China was down 1.3%, underperforming the MSCI Emerging Markets Index, down 0.9%. India, another major oil producer reliant on Iran, was down over 2.6%.

News Source – China Has $400 Billion At Stake In Iran Oil 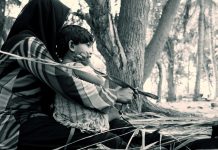 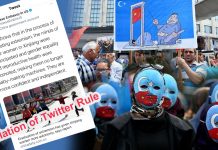 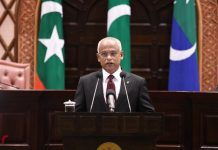 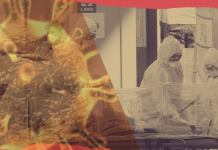