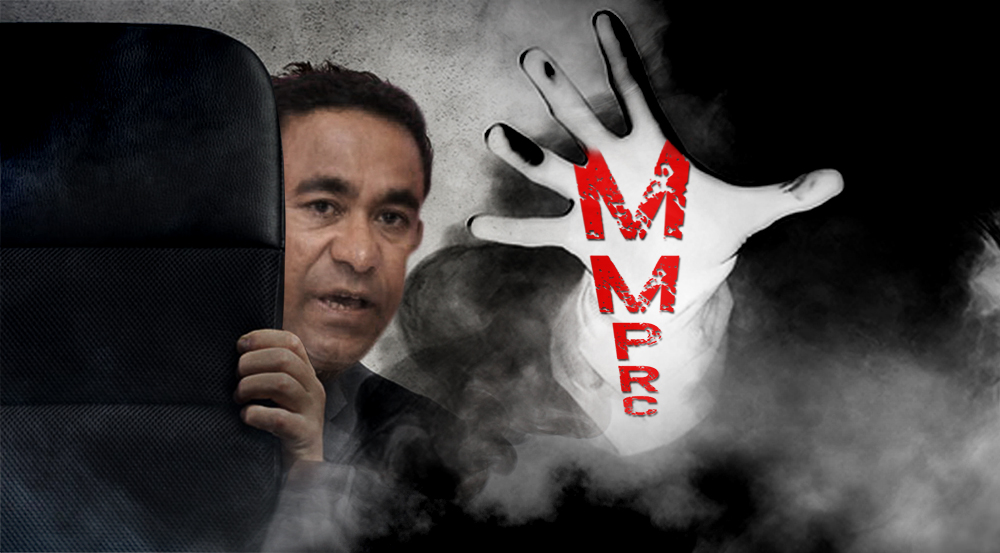 Corruption is a form of dishonest or unethical conduct by a person entrusted with a position of authority, often to acquire personal benefit and our current President knows this definition too well. Once again political panorama of Maldives sparked after President Yameen publicly admitted that he received million of dollar MMRC corruption money through his former deputy Adeeb .

On Monday Speaking at the opening ceremony of his campaign hub for the Presidential Elections 2018. President Abdulla Yameen admitted that the funds obtained by his jailed former deputy Ahmed Adeeb were not clean and that “the money that entered my house was not lawful” . He also said “That money did not enter box by box into my house alone.  President Yameen called on the lawmakers, who received funds from Adeeb for their parliament election campaigns, to resign and run for Parliament again by their own means.

We don’t know about the MPs but after this announcement the Governor of the Maldives Monetary Authority (MMA), Dr Azeema Adam, resigned from her position after a tenure of three years. She is close to president and it has been pointed out in the investigative Documentary of Aljazeera that AzeemaAdam had approved all the MMPRC funds to be deposited under different names. An investigation done for Aljazeera’s documentary, found that Yameen’s ministers and aides plotted to launder up to $1.5bn through the Maldives central bank with the help of secretive businessmen from Singapore, Malaysia and Indonesia. They planned to fly in cash at up to $100m at a time, pass it through the Maldives Monetary Authority (MMA) and transfer it back out.

When the former Auditor General Ibrahim Niyaz first flagged the issue of MMPRC corruption in a 2014 report, then he was sacked. The President only ordered an inquiry after the arrest of his deputy, who had handled the tourism portfolio since 2012, on suspicion of links to a mysterious blast on the presidential speedboat. The MMPRC had also been at the center of the boat blast probe. President Yameen is by far the best example of use and throw polices . He keeps himself at the back end and play his filthy game . He always used his close associate for personal benefits and after completing his corrupt ambition, threw him like a fly from his milk.

The MMPRC corruption is the largest scandal in the Maldivian history where over MVR 1.2 billion, which were acquired via island leases for resort development, were embezzled through the company. Acknowledging for the first time the allegations in Al-Jazeera’s expose that the President had received the embezzled funds.

Yameen,who assumed office in 2013, blames his former deputy, Ahmed Adeeb, for the giant embezzlement scheme. In a documentary released by the channel The Former Vice President’s driver, tells a story of how he delivered $100,000 to the President Yameen’s house.

President Yameen has previously said he was not aware the cash he received from Adeeb had been stolen, saying he believed it was gifts he had received from businessmen who supported him.

The President , in his recent addressal has vowed that he will have the stolen funds returned to the state treasury. Though he said nothing about returning the money himself or resigning because he took the money too and that makes him an exploiter of his authority. Shouldn’t President Yameen resign too???… 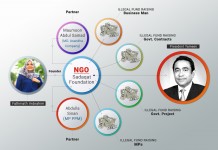 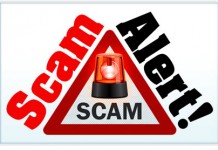 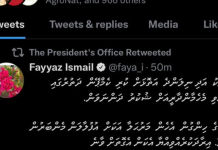 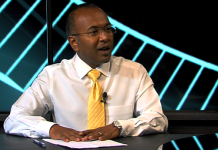