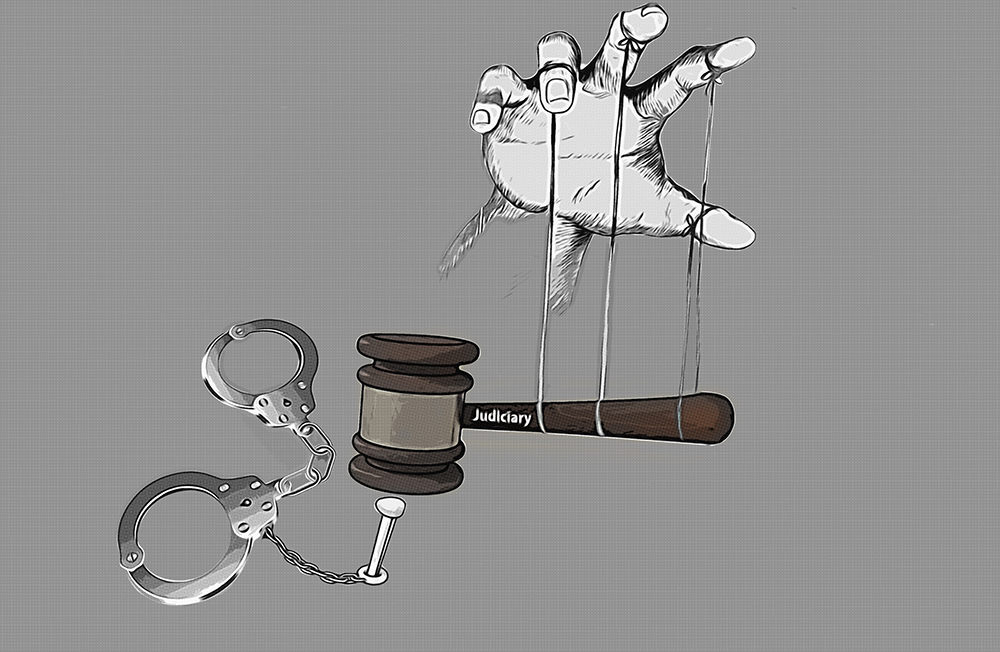 The publicity stunt being pulled off by Ex President Abdulla Yameen can fit into the context, seeing how he is doing numerous interviews and talk shows lately.

In one of his recent interviews former President Yameen claimed that when he was head of the state he did not centralized and did not interfere or influence any state institutions. He claimed that the bodies regulated independently.
“No judges can claim that Pres Yameen ordered to do something in a specific way,” he said.

The people of Maldives would agree that the statements he made are quite inaccurate. There is a dossier of evidence available in the internet that would date us back to events where he is found guilty of influencing trials of his political opponents, changing new amendments in the existing laws to fit to his liking.

Before we go down in details to see how Yameen influenced these institutions, we must first know who Criminal Court Judge Abdul Bari Yoosuf is.

Judge Abdul Bari Yoosuf: He was the proceeding judge in all the key political opponents jailed by Yameen. Also the judge who stood witnessed for Chief Justice Abdulla Mohamed who was ordered to arrest by then Pres and Parliament Speaker Nasheed.

Judge Bari is well acquainted with Yameen. Under his Govert. Judge Bari was awarded luxury flat at discounted price. The government was handed 10 flats in the newly built Rehendi Residency, constructed by FW Construction in Male’. The housing ministry then offered the semi-finished apartments for MVR 1.6m (US $103,761), much lower than the market price, to the chosen individuals.

Judge Bari, a controversial figure over his role in several high-profile trials:
Nasheed – who was convicted of terrorism over the military’s “abduction” of a judge and handed 13 years in jail.

In jan 2016 Nasheed travelled to UK for treatment and secured political asylum.

Sheikh Imran Abdulla (AP): Imran was found guilty of inciting violence in his speech at the 20,000 strong protest march(May Day Rally 2015) and sentenced to 12 years in violence.
Anti-Terror Legislation:
• Allows president to declare groups as terrorist organizations.
• Rights restricted upon arrest for terrorism suspects – including the right to remain silent and access to legal counsel.
• Anyone giving speech that authorities believe encourages terrorism can be prosecuted, along with any media that report on such speeches.

Maumoon Abdul Gayoom: sentenced to terrorism charge, 19 months in prison after he was found guilty of obstructing justice.

Later, when the criminal court’s decision to throw out bribery charges raised against Jumhooree Party leader Gasim Ibrahim came out, Judge Bari was abruptly transferred to the juvenile court for reasons undisclosed. Many speculated the JSC’s intent as the decision came right after Gasim Ibrahim’s case was thrown out – a case the government was pushing for.

-After Bari’s fall out with the then government, he accused the police of withdrawing security for his family after he threatened to expose “the evil-doing of ignorant tyrants”. The ignorant tyrants he is referring to remains unknown.

Can this be a coincidence that the Judge who gets favored by the then Government who is headed by Yameen, is the same judge who is benched in almost all the high-profile cases in the Maldives? The trials as we have read had three things common:
• Judge Bari
• Rushed and unfair trials
• Yameen’s Political Opponents

With all these documented evidence can ex President Yameen really claim that his government has never influenced/interfered in the working of these institutions? 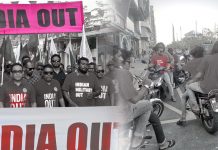 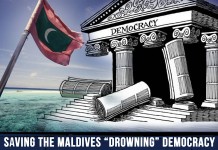 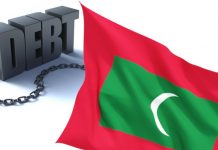