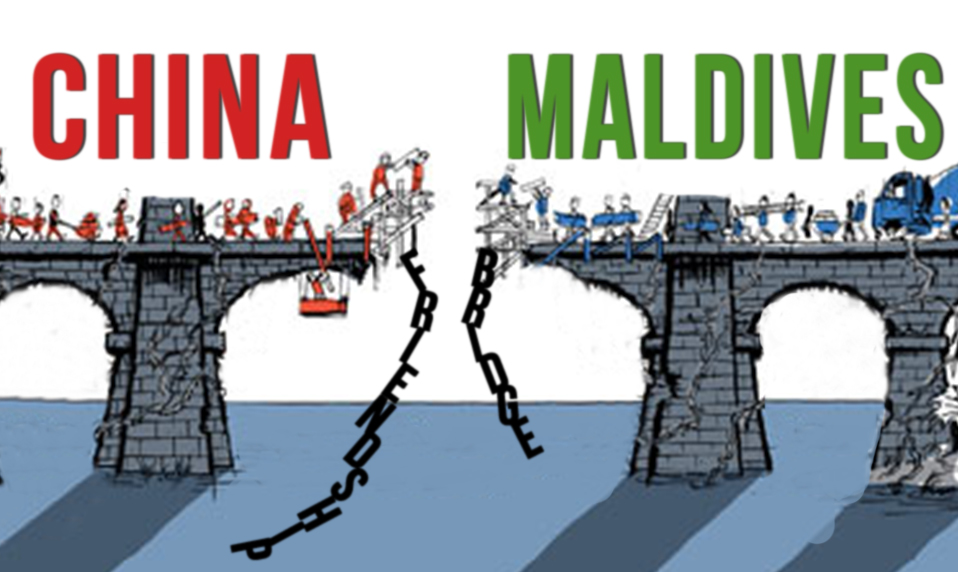 If one sees closely and very minutely, then one can see a ‘crack’ in the foundations of the bridge! Will it stand the test of time or will it just wither away is yet to be seen! The China-Maldives friendship bridge is the flagship and a symbol of unwavering trust & bond between the two countries. Maldives Government will swear for the so-called ‘friend’ of President Yameen, China & also for the project! But, lately it seems the friend has started to show ‘Who is the Boss’?

Maldives has been owing 70 percent of its external debt to China. It is heavily dependent on Beijing’s largess. Dependency can be a dangerous thing. Out of the total cost of USD 210 million of the project, USD 170 million was to be provided by China, as loan, in two installments. A sum of USD 80 million was released in the first installment, but the second installment of USD 90 million has been frozen by Chinese Govt. As was confirmed in the ‘secret’ meeting. Our reporters digged in and found out that a meeting took place sometime in February this year, which was attended by Maldives Govt. officials, the EXIM bank officials and the Chinese Govt. representatives (Details of these officials is a well kept secret). Maldives Govt. had asked the Export-Import Bank of China (EXIM), to release the second installment for the friendship bridge project. But, to all astonishment, China refused to release the installment. Further, the Chinese officials laid down few conditions to be full-filled before releasing the further amount for the project. Firstly, the rate of interest may be revised to go further higher up. Secondly, the right to collection of toll on the bridge by China, to be raised from 20 years to 40 years. Thirdly, the China Govt. wanted to know the details of plan of how Maldives plan to return the loan amount and also to decrease the tenure of loan for speedy recovery. These undue demands from our so-called ‘friend’ has put the Maldives Govt. in a fix, But the question also arises why did a ‘big’ nation like China had to go for these steps.

One reason can be to trap Maldives under debt to gain the full control over the nation, just like being done in Cambodia and Sri Lanka. Another reason lies in the growing burden on China’s two policy lenders, China Development Bank (CDB) and Export-Import Bank of China (EXIM), which have between them already provided $200 billion (155.1 billion pounds) in loans throughout Asia, the Middle East and even Africa. The risks to policy banks, commercial lenders and borrowers, all of whom are tangled in projects with questionable business logic, bankers and analysts say. EXIM, seeking to contain risk, says it has imposed a debt ceiling for each country. Massive government capital injections, bonds priced as sovereign debt and access to the central bank’s pledged supplementary lending programme keep CDB and EXIM funding costs at rock bottom.

“For some countries, if we give them too many loans, too much debt, then the sustainability of its debt is questionable,” Sun Ping, vice governor of EXIM, said on the issue. This is the question now being raised by China in respect of Maldives. Being an unstable Govt. in Maldives, will it be able to repay the debt as per laid down conditions.

Not only Maldives, but other countries are too facing the brunt of China. For example, Cambodia is one of the countries trapped in Chinese debt to the extent that their foreign policy seems to largely serve China’s political and diplomatic interests in the region while Cambodia’s own international reputation and soft power are eroding.

A 2016 International Monetary Fund (IMF) report showed that Cambodia’s external multilateral public debt is now at US$1.6 billion, while its bilateral public debt with China is US$3.9 billion — 80 per cent of this is owned by China. Cambodia do not have a choice under this heavy debt and has to bow in front of the Dragon, like it or not.

Another, country is Sri Lanka, where the situation has gone from bad to worse, during the recent developments. After more than a decade of taking out huge loans to build large-scale infrastructure from China, the country is now struggling to make payments, and is looking for another way out. The country is currently in $58.3 billion deep to foreign financiers, and 95.4% of all government revenue is currently going towards paying back its loans. Recently, Sri Lanka proposed to offer China debt for equity swaps, offering varying degrees of control over some of Sri Lanka’s biggest infrastructure projects, including Mattala International Airport and portions of the Hambantota deep sea port, and Sri Lanka would receive some debt relief. China’s rejected the offer. The Chinese ambassador replied that “it was not possible according to China’s laws.” China’s government will not swap debt for equity, they will help clear the road for Chinese companies to take over key projects in Sri Lanka.

That means the Sri Lankan Govt. will be forced to allocate future projects to Chinese firms and again pay the loan, which are being given at a premium by China. For the Hambantota Port project, Sri Lanka borrowed US$301 million from China with an interest rate of 6.3 per cent, while the interest rates on soft loans from the World Bank and the Asian Development Bank (ADB) are only 0.25–3 per cent. Sri Lanka is very deep in a debt crisis. Soon, just like, Cambodia, Sri Lanka’s foreign policy will be dictated by China, as they will not have their own country in their own hands, due to Chinese debt.

These developments in other countries and a futile meeting for release of second installment, certainly raises the question of how much is China a ‘friend’. These undue demands has also raised a question will the project be completed within the time-limit of 2018, as promised by the Maldives Govt. It is highly unlikely to happen. Further, as per the latest on this issue, the second installment for the project has still not been released by China, as it pressurizing the Govt. to accept the revised terms & conditions. The Maldives Govt., on their part, has still not been able to resolve the crisis and is in a fix over the whole issue. 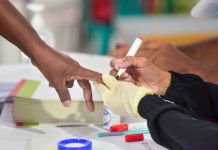 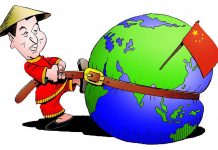