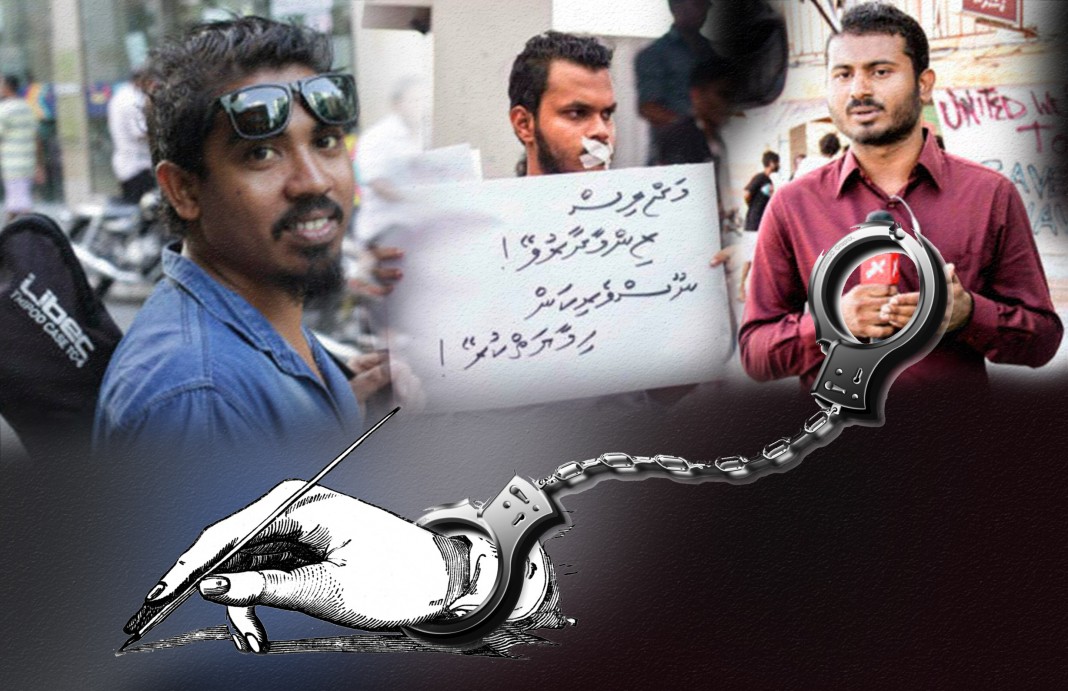 Majority Leader (PPM) Ahmed Nihan has said that jail will teach journalists to stay in line.

Prosecution of journalist under new controversial “Defamation Law” stands in stark contrast to the lack of justice for crimes committed against the press, including the disappearance of Maldives Independent journalist Ahmed Rilwan, the arson attack on Raajje TV, the near-fatal beating of the station’s former news head, Asward Ibrahim Waheed, and the mass death threats sent via text messages to journalists.

Zareer, Leevan and Wisam, share in their own words on why they continue to report idea of “Free Voice” despite the risks they face.

Adam Zareer :  “The most important public service one can do”

I grew up on the island of Rakeedhoo in Vaavu Atoll. In 2014 applied for the post of cameraman at Raajje TV. I was concerned by the government’s control of information. All media outlets were under the government’s control and that of pro-government politicians and businessmen. how the public broadcaster manipulated information .Despite the threats, arrests and now legal action, I have not even considered quitting Raajje TV because this is an important job. If I have to go to jail, I am most concerned about my wife and my daughter, Yoolie. She will turn three in March. How will they take care of themselves? I refuse to leave the Maldives because I believe whatever is to happen will happen for the best. I am not guilty of a crime, I know it and the whole world knows it. Why should I hide ?

Leevan Ali Naseer : “There is no way I can get out in such a corrupt system”

To be honest, I think I will be sent to jail. There is no way I can get out in such a corrupt system. The charges were never true: I did not attack or obstruct a police officer. But here I am, a convicted criminal. I am from Addu. I moved to Malé after completing fifth grade in Addu. I worked at a photocopy shop and joined Raajje TV in 2015 as a trainee.

I have never considered quitting: even after the arrest, trial and conviction. If anything, I am more encouraged, because I realise now how important it is that journalists continue doing their work. Journalism is a public service. To aspiring journalists I want to say: Do not hesitate. It takes courage and thick skin, but it is really important that young people enter this profession. I am most thankful for the support of my family and colleagues at Raajje TV. I am also encouraged by public support. Sometimes people stop me on the street and ask me about the trial. Their concern is a huge encouragement.

Mohamed Wisam : “Even if I were to go to jail, I will come back as a journalist”

I have received threats. I have been arrested multiple times, dragged in and out of court for more than a year, and now I have been found guilty of obstructing police officers. But I have never thought of quitting: The conviction has only strengthened my resolve in continuing as a journalist. I don’t see myself doing anything else. The continuing threats and the state-led harassment is testament to the value of my work. I believe it is important that journalists persevere against all odds, so that the public may be more informed.

Journalists in the Maldives, especially if they are critical, have faced harassment. In recent years, the threats against reputed media houses have exponentially increased – One of Rajje TV journalist survived a near-fatal beating, Rajje TV media offices are torched and burnt to the ground, and now three of media personnels are facing jail.

The mounting pressure against Raajje TV is proof that President yameen’s authoritarian regime is afraid of the work of journalists. This is why Maldivian media must not stop reporting with free voice. Not only Raajje TV, but also every other independent and critical media have faced harassment, death threats, arrests, legal action, and intimidation and attacks by gangs – this is why we must continue.

The situation for freedom of expression in the Maldives shows how wide the gap is between what the autocratic government of President yameen says and does in Maldives. The government cannot whitewash impunity for disappeared journalists, arrests under archaic laws and raids on media houses by signing up to a UN resolution that condemns these kinds of free expression violations.

Yameen’s Government have routinely surpassed freedom of assembly, beating up protesters, avoiding the recommendations of the CONI to prosecute police who attacked protesters, and recently ignoring Maldives Constitutional provisions that states that the police need only be informed of planned assemblies. The situation for media freedom in Maldives has dramatically declined since President Abdulla Yameen assumed office. While journalists are being prosecuted, perpetrators of crimes against journalist roam freely with impunity. 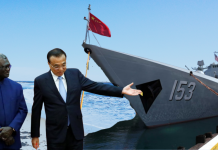 Is Solomon Islands the next Djibouti, will China set up its... 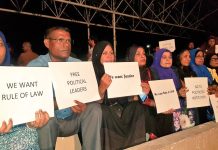 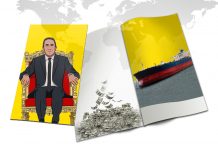