President Yameen came to power in November 2013. He pledged to work for the welfare of Maldivians and abiding by the constitution. Though nothing like this happened, all his promises were broken when one by one he started hijacking our democratic institutions. Below are 10 instances when Pres. Yameen forgot about his duties towards the nation.

1Abdulla Yameen is the First President in history of Maldives who Imposed state of Emergency twice in Less then two Years.

2The only Maldivian President who jailed his Political Mentor and his half Brother, Former President Maumoon Abdul Gayoom. And also jailed many other opposition leaders including the first Democratically elected President, Mohamed Nasheed .

3A Mass suspension of 56 lawyers was ordered by him. This was the first attack on Maldivian Judiciary.

4Ordered the arrest of two Sitting Justice of Supreme Court, merely because there decision was not according to the wish of President Yameen.

5Yameen Abdul Gayoom, is involved in the biggest corruption scandal of Maldives. The MMPRC corruption where Millions of Dollars siphoned by him.

6The President has changed 2 Vice presidents in less than three years. Maybe they were not able to handle the corruption of Yameen Government well.

7Amended the Maldivian constitution to sell off the atolls to Saudi King in the name of development .

8Yameen Government took huge and inappropriate loans from Chinese and pushed us into debt trap.

9He quit the common wealth nations as he could not bear criticism for rampant human right abuse.

10More than 12 MNDF officers have been sacked by him and also barred MNDF from casting their votes .

11Introduced the defamation bill to suppress the Media .

12Regularly abused his presidential power and hijacked the independent institutions.

13First President in Maldivian history in whose regime highest number of Ministers, state Ministers and state officials resigned from their office. 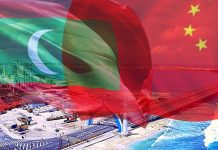 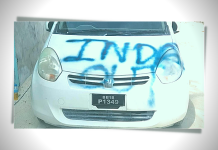 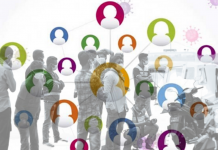