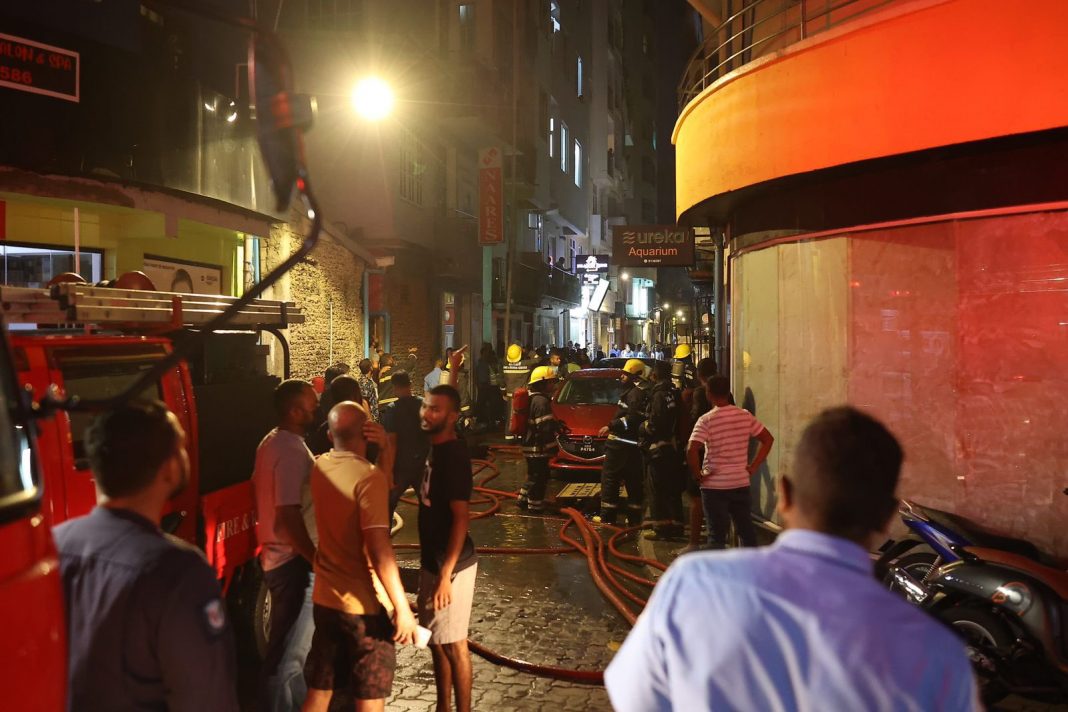 10 casualties have been reported from the fire which broke out in a garage in Male’ city last night.

Its been reported that the building was being occupied by mostly Indian and Sri Lankan migrant workers. The workers lived in the first floor, while the garage is located on the ground floor.

So far, it is learned that most of the dead are Indians, but officials have yet to confirm it.

Nine of them were found dead, while two were taken to Indhira Gandhi Memorial Hospital (IGMH) with severe burns. One of them died at the hospital, while the second, identified as a Bangladeshi national, is in critical condition.

According to Maldives National Defense Force (MNDF) Fire and Rescue Service, 28 people were evacuated out of the building, while nine people were reported missing.

Local media reports state that there were a large number of gas bottles used by the residents in the garage for cooking. There are 28 very small rooms, each with a gas bottle and all the gas cylinders have exploded.

The authorities reported that the bodies recovered from the building were severely burnt, making identification difficult.
Fire and rescue personnel were on the scene after receiving a call about the fire at 12:30 a.m. The fire was completely put out at 04:34 am. 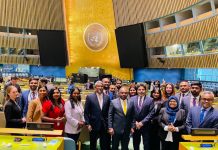 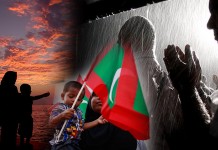