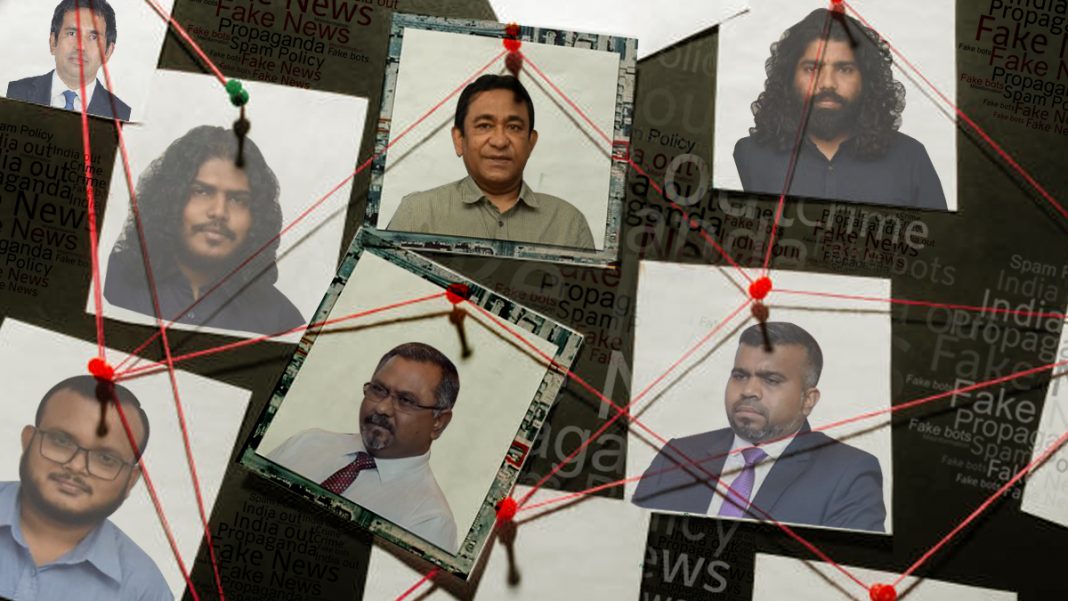 With the first article enticing anti-India sediments getting published on Oct 22 2021 in The Maldives Journal and Maldives News Network, it spread like wildfire among publications. Some of those publications include asianpeace.org, kmsnews.org, madagascarwire.com, colombotimes.com, newslinesnepal.com,peoplesreview.com,subhayug.com , suchanakhabar.com ,pradeshonlinekhabar.com  and London Institute of Peace Research. It came to our notice that most of these news sites are either Pakistan or Nepal based majorly, while some few listed themselves as UK based organizations. 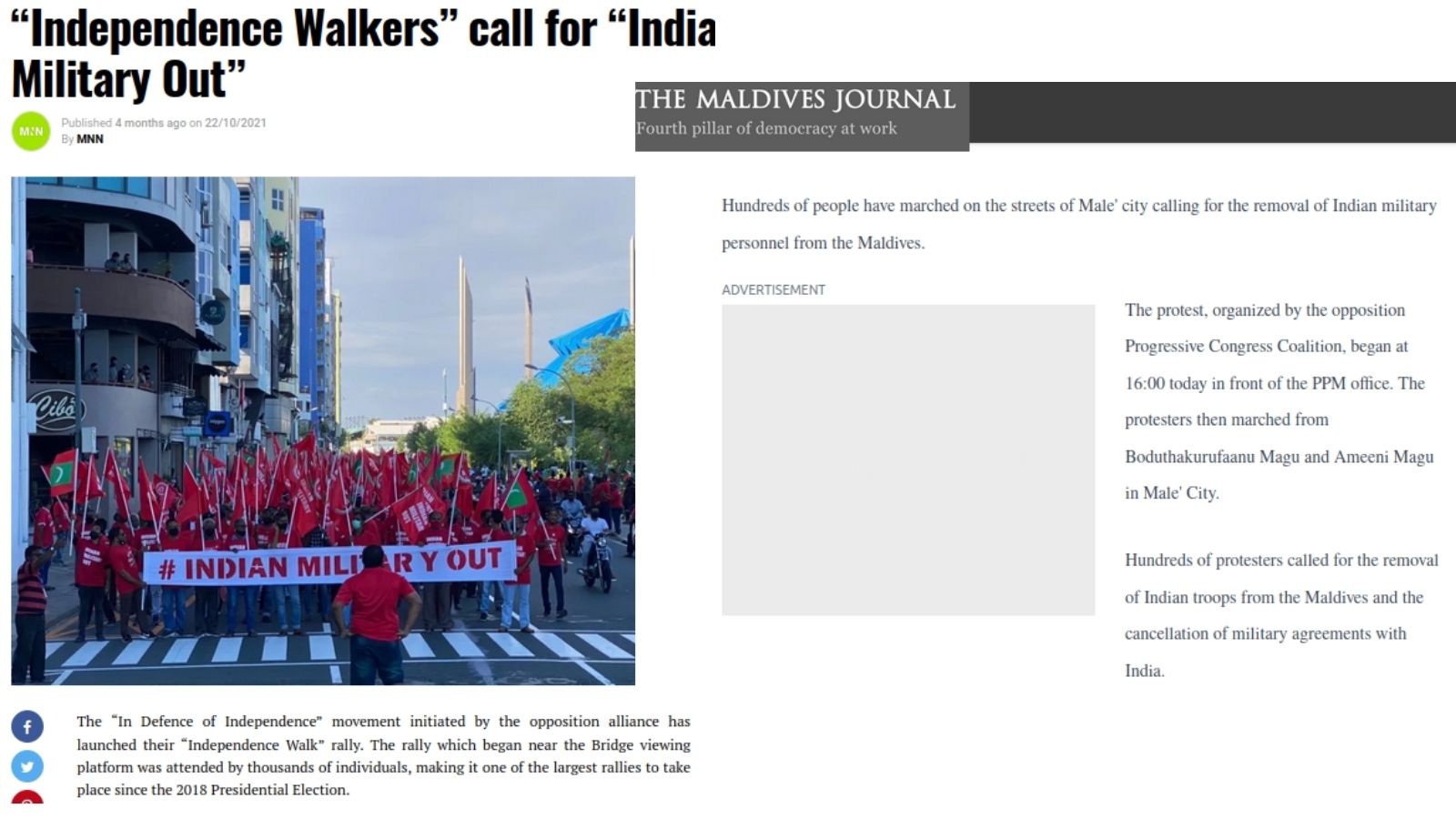 Lets discuss and get to know about the key players inside Maldives who is outsourcing these China-back sponsored content .

The site was registered in July 2019.

The Amplifiers: Ahmed Ibrahim is the owner and the Managing Director is Shifzan Ahmed, both who shares close ties with Yameen.Ahmed Azaan, the Co-Founder is a very prominent name in this movement who has been very active and vocal creating insecurities by bringing religious angles and dangers of Maldives being captivated. Maldives News Network: The site was registered in May of 2020. The Managing Director is Mohamed Ikram Abdul Latheef and its board of directors include- Hamdan Shakeel, Ibrahim Khaleel and Mohamed Nooraddeen.

Questionable history of the management team:

Ibrahim Khaleel in the past has worked as the Managing Director in PSM (a state-owned media) and Mohamed Ikram Abdul Latheef as deputy managing director. Both were removed from their positions in Nov 2018. Khaleel and Latheef were appointed by Yameen during his administration. 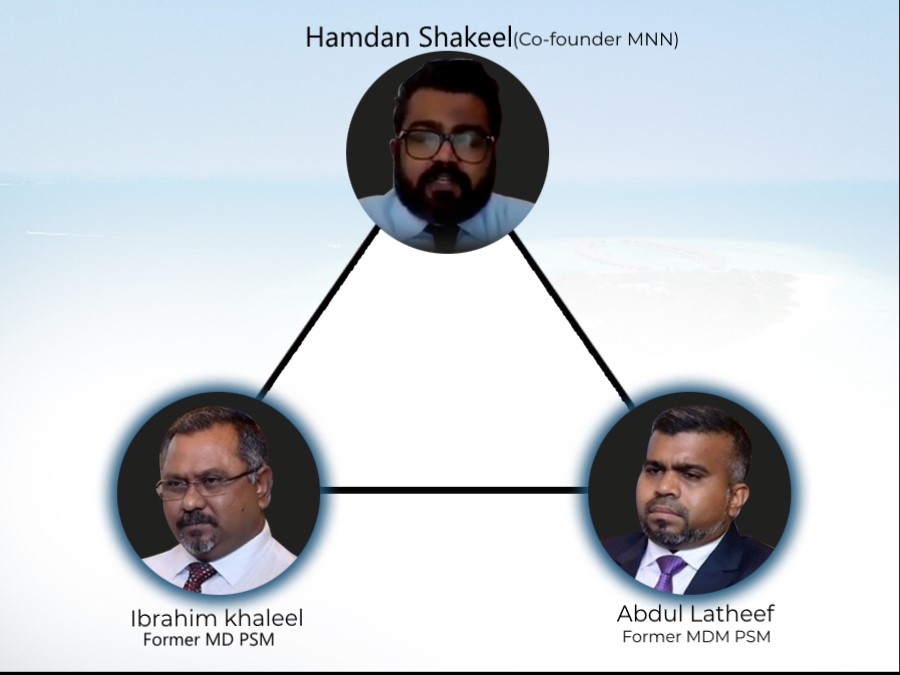 It was reported that they were indulged in misusing their positions to promote active campaigning for Yameen as elections neared. They permitted former ruling party, Progressive Party of Maldives (PPM) free air time worth MVR 3.1 million. The sate media company also faced criticism for spreading tweaked information and for portraying the opposition always negatively by branding them as anti-Islamic.

These personalities are now leading Maldives News Network, who in the past has been very tilted and biased towards Yameen and PPM. MNN might perhaps be the most vocal and active campaigner for ‘India Out’ in recent times and it being backed by China is a big possibility as establishments of good relation can be seen. Roughly about more than 100 posts in their sites are dedicated to China and glorifying her deeds. 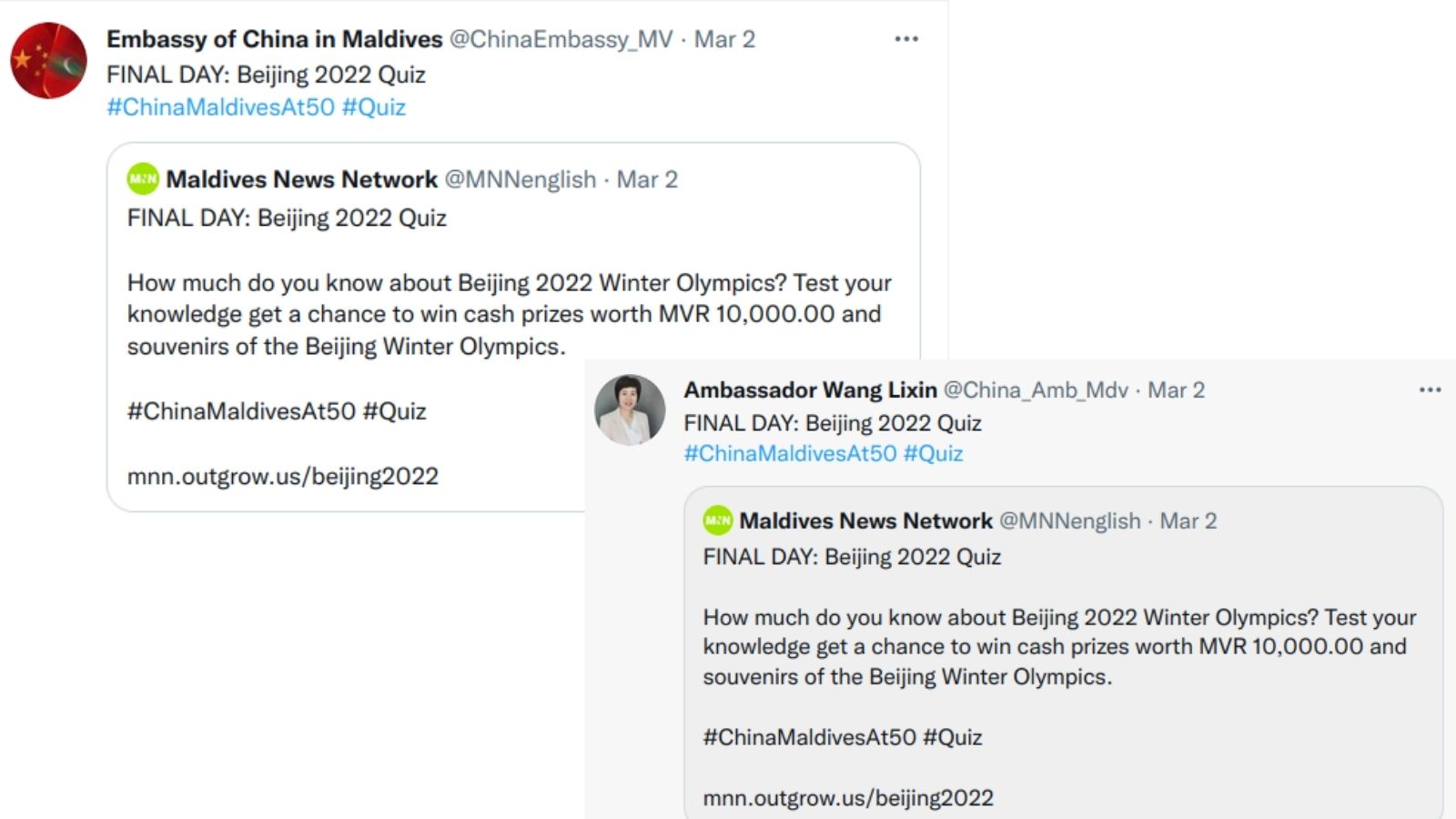 London Institute of Peace Research:
The site advocates itself as an international non-profit organization which seeks to promote peace and justice. While running at the facade of ‘human rights,’ the content it indulges with is dubious as it incites hatred, violence and manipulation of information.

If you compare both the articles, the original generator of source reported only ‘hundred’ protesters but when the article was re-published by London Peace, they rephrased it to ‘thousands.’ These tweaks in the numbers are not editorial mistakes but it is an attempt to portray the situation far worse than how it really is in actual. This way misinformation creates space.

The amount of borrowed content, the site shares are high in numbers but aside from borrowing, they also copy content without giving credits to the owner. A check through their write ups, gave us results as high as 95% plagiarized which diminishes the very factor of credibility. Some are listed below –

Who is behind the website and are they credible?

The CEO of London Institute of Peace Research is Mr. Ray White. Who in his free time is also a financial consultant who helps you get unsecured loans and also helps you with project funding. 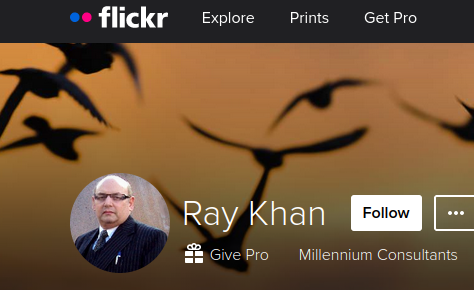 Everything sounds pretty normal so far right? Well, according to his flickr profile, his name is Ray Khan and not Ray White. 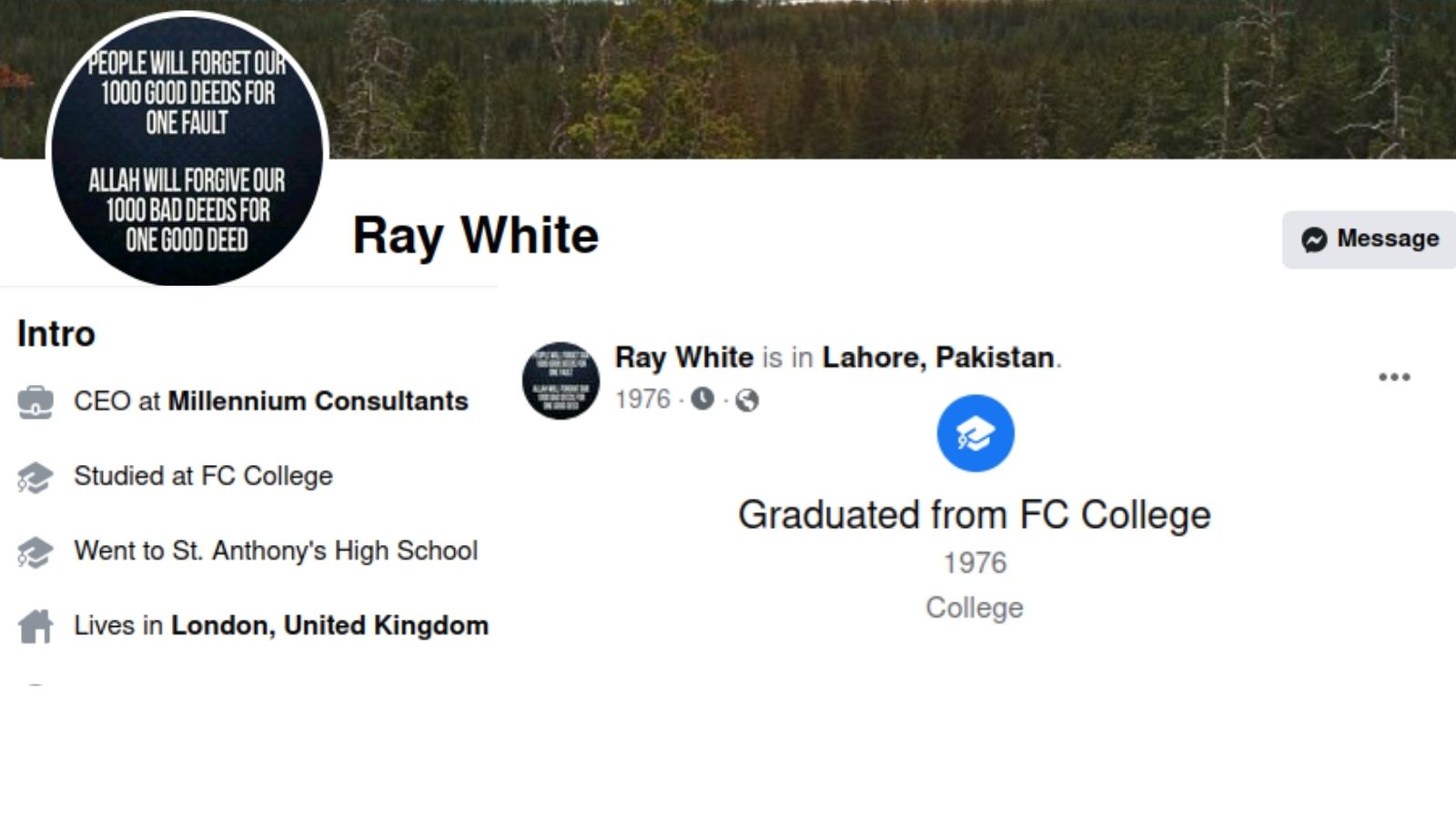 If you further go and look him up on Facebook, you can find information about how he had graduated from Lahore, Pakistan.

Another factor is that the contact number he uses for his website 0044 7957 713374, when searched upon the net connects you to two additional websites i.e, Millennium Consultants UK and Londonpost.online. 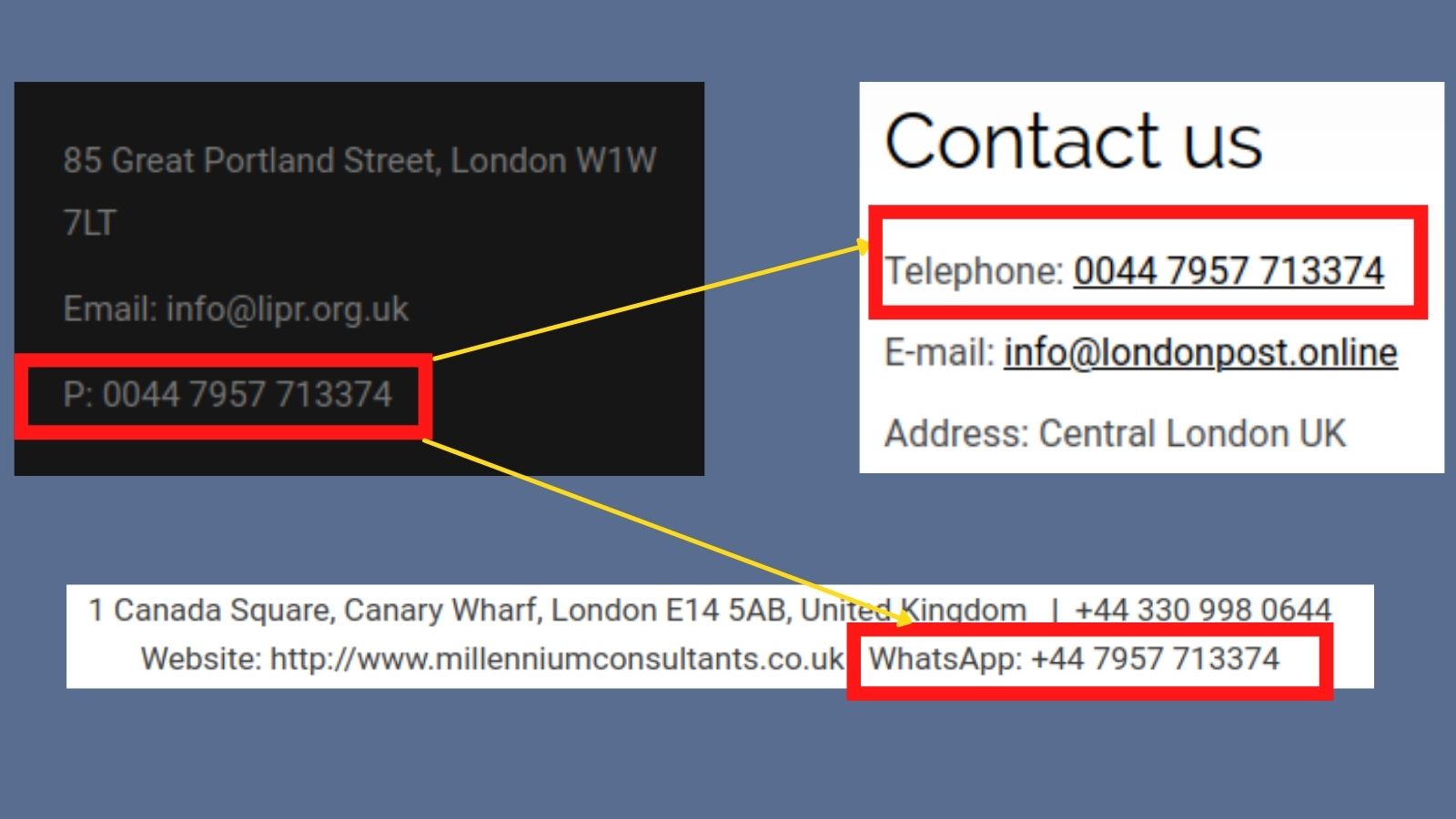 Millennium Consultants UK: This is where Ray mostly does his project funding and loan service business but this could also be an alternative way to source his own funding without leaving evidence behind for people to be suspicious. Besides promoting financial assessment, he also does recruitment for LIPR through the
site.

The site also indulges in listing fake people to show it is running an authentic website but a closer look into the names and the person mentioned gave us a different result.

CEO of Langer Group is in actual Ralph Langer. The person they have listed as Mr. Langer is an impersonator and the picture has been taken off of web. Likewise, Jonathan Price, Chairman of London Peace has ticked every box available to confirm the person as a fakey. No related information about him exists on internet, its like he never existed. Among the chain of news sites mentioned, peoplesreview is the first in the line to share any negative article regarding IndiaOut getting published in Maldives.

A news site based in Nepal whose Editor-in-Chief is Pushpa Raj Pradhan. Pusha has always held high regards for China and his loyalty towards China goes back as early as 2012. If any publication regarding Nepal is getting released in China or if any statement is being quoted by Chinese to be used in their publications, it will always be quoted from Pushpa Raj Pradhan or from the articles he has written. This was the kind of establishment and influence forging between Pushpa and China.

In Oct 2017, Pushpa Raj visited Kunming China to participate along with CPC members. Currently he is the Chairman of Nepal-China Cultural Economic Journalists and Intellects Society (NCCEJIS) . 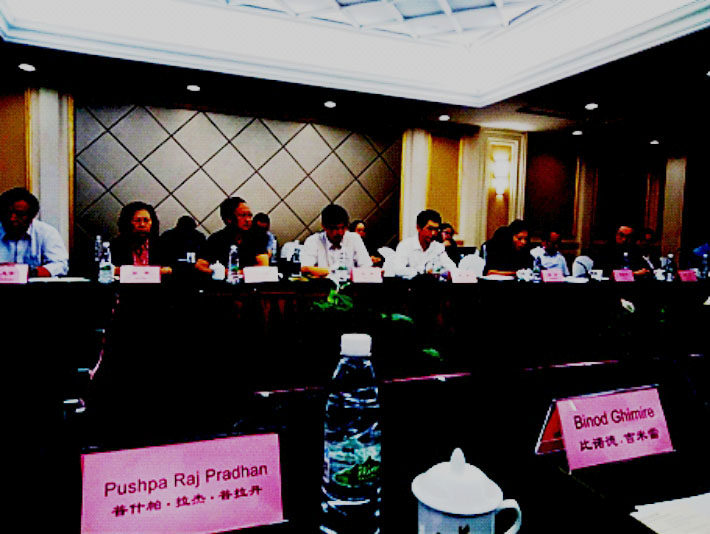 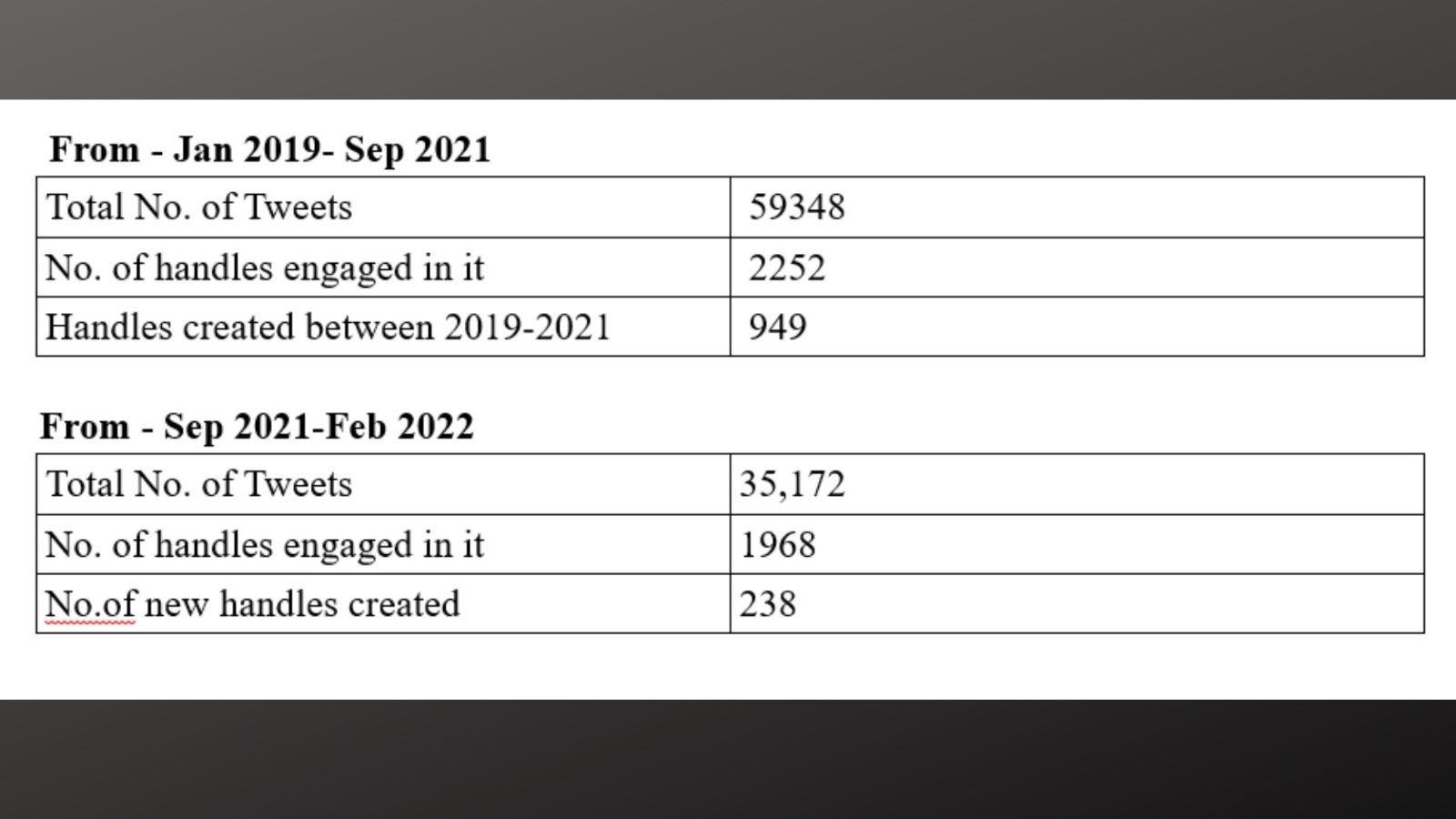 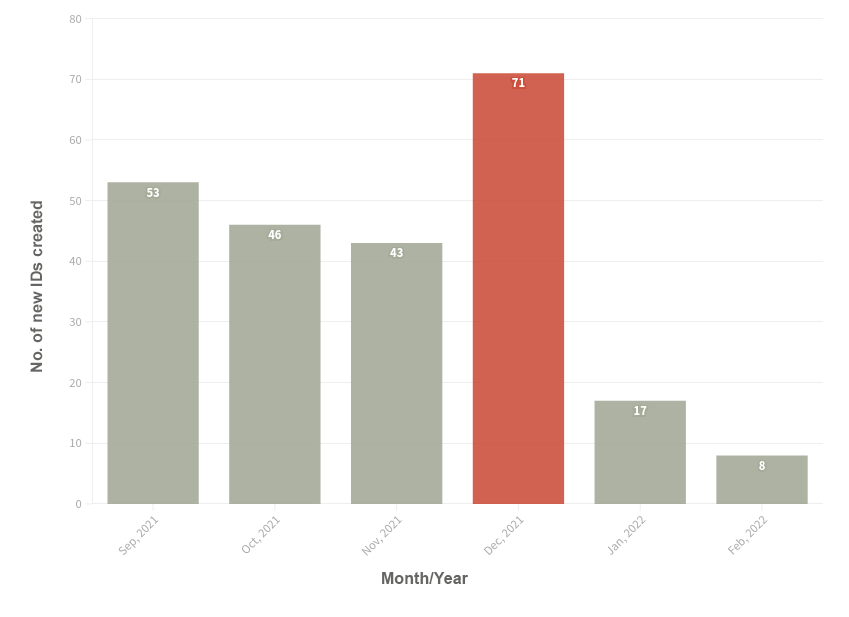 When will these networks stop spreading false information? This type of entity will forever exist as long as there is funds coming in from whoever is getting benefited from the spread of malign information. Also, these types of chained networking to stimulate spontaneous popular movements is not something new, this has been done from years and will continue to grow.

This pattern in Maldives was first seen in the year 2018 when presidential elections approached. The number of small websites that emerged and indulged in creating fake news were found sharing the same google ad-sense number— means that one big player behind the scenes was funding these crowds to run a political campaign that was of the agenda to bring MDP led government down.

The similar scenario is what we are witnessing now in Maldives with the 2023 presidential elections nearing. The issue might be different but the motive remains same.